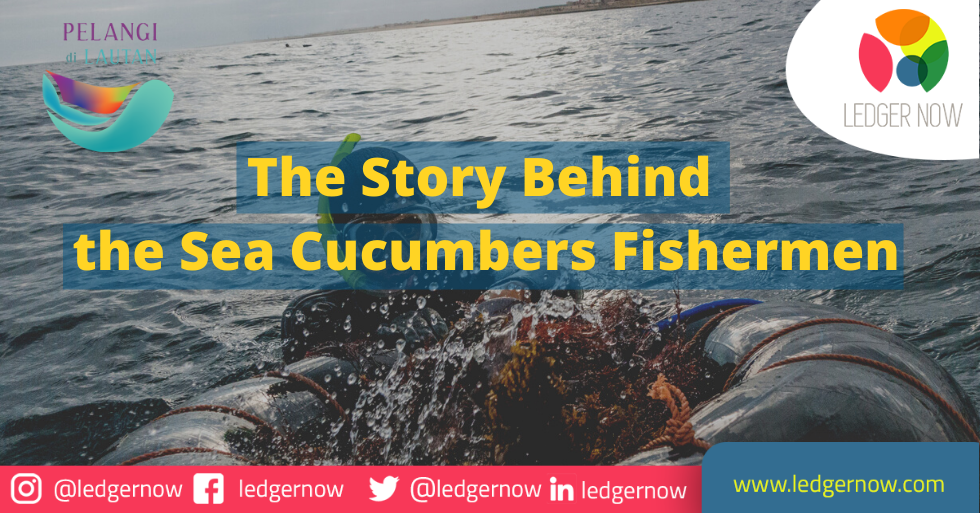 Sea cucumbers as one of the invertebrate animals which are often referred to as sea cucumbers, may be familiar to hear his name. How not, this animal makes Indonesia receive the title of the world’s biggest sea cucumber producer. There are as many as 650 species of sea cucumbers, and as many as 10% are in the Indonesian sea. The Ministry of Maritime Affairs and Fisheries also noted that from 2012 to 2015 the sea cucumber export trend increased from 900 to 1,200 tons. The capture of sea cucumbers in various reGilangns of the Indonesian archipelago has been carried out since the mid 1600s and early 1700s until now.

Sea cucumbers are one of the major export commodities from marine products in Indonesia with high economic value. The development of sea cucumber exports increases every year. Usually, sea cucumbers are exported in the form of dried preparations with the aim of shipping exports to Hong Kong, Singapore, Taiwan and Japan. Processing is done in a traditional way with simple methods and equipment. After being caught, sea cucumbers will be processed to be dried by heating methods using sunlight. This makes sea cucumber processing highly dependent on the weather. Thus, the results make the sea cucumbers have poor quality. As a result, the price of sea cucumbers becomes very low.

Approaching the midterm, as a student majoring in statistics Nadin and her friends get assignments to be able to interview various professions in Indonesia. This is done to collect data about the welfare of the community seen from his profession. Incidentally, Nadin was in a group with Dara, Gilang and Adit. Incidentally, Adit came from Ambon in a coastal area called Saumlaki which is in the West Southeast Maluku reGilangn. Fertile land, and abundant marine wealth makes Saumlaki visited by many foreign tourists. Pak Usman is Adit’s uncle who works as a fisherman there. Its location in the coastal areas makes the majority of residents work as fishermen. Nadin and friends chose Mr. Usman as their guest speaker.

“What is the most captured sea catch here sir?” Asked Dara to Mr. Usman

“There are a lot of fish but there are also many fishermen who hunt sea cucumbers” replied Mr. Usman while tidying his nets.

The abundant marine wealth here attracted the attention of many sailors from outside Saumlaki to take sea wealth and sell it outside Southeast Maluku. This has resulted in the fishermen here not prospering, said Mr. Usman.

“Not to mention the risk that must be borne by fishermen if things happen that are not desirable,” said Adit, adding the story of Mr. Usman.

Nadin, Dara, and Gilang were very concerned to hear the story. It turns out that the sea cucumber delights when they celebrated Nadin’s birthday with Sarah a few days ago had a very big struggle to get it. The inadequate technology for the fishermen, making sea cucumber extraction and processing not optimal. Ledgernow in supporting the welfare of sea cucumber fishermen helps in the provision of technology to assist fishermen in processing sea cucumbers more easily and hygienically, with the right process sea cucumbers will provide a high selling value due to the quality that is maintained, Ledgernow which helps maintain the quality of sea cucumbers to be maintained so that they can be consumed freshly. More info can be seen at https://ledgernow.com/

High-quality sea cucumbers will get a lot of community interest. These marine animals which are known for their benefits will be very good if managed well too. In addition to managing sea cucumbers, fishermen must also be smart in managing their finances, without the need for financial consultants to simply use a blockchain-based application that can manage finances and maintain safe transaction data security. YONK as a blockchain application that helps Indonesian fishermen to maintain the security of sea cucumber sales financial transactions which will be automated records and can be trace and track easily. More information https://yonk.io/